What Hendrix accomplished with early pedals and prototypes, combined with his musical genius, is extraordinary. It’s no wonder people all over the world attempt to recreate his sound by recreating his set-up 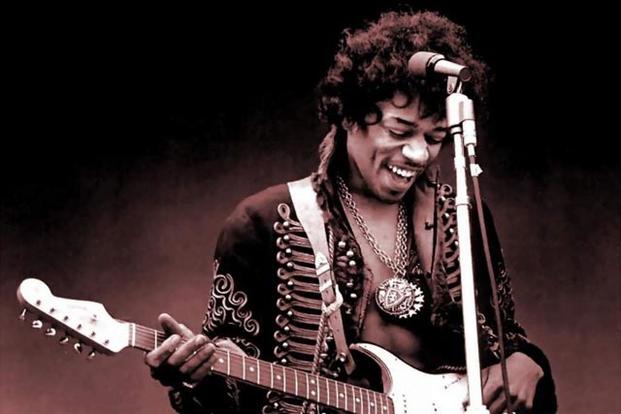 One of the countless interesting things about Jimi Hendrix’s career and influence is the moment when his meteoric rise to fame occurred. Sandwiched between the invention and popularization of early forms of overdrive and distortion (thanks to EMI, George Martin, and The Beatles) and the more developed gear of the mid-70s, Hendrix was operating with very basic and early equipment.

What he did with these early pedals and prototypes, combined with his musical genius, is extraordinary and it’s no wonder people all over the world attempt to recreate his sound by recreating his set-up. What’s important to note is nobody can exactly replicate his guitar tone, virtuosos like Eddie Van Halen and countless others tried and got close. But there’s one thing you can’t replicate: his musical mind and the touch of his hands.

Even so, we can look at what kind of pedals he most commonly used and find modern equivalents to get as close as we can to the tones he created all those years ago. Let’s go in the order Jimi usually plugged them into each other from the guitar to the amplifier. 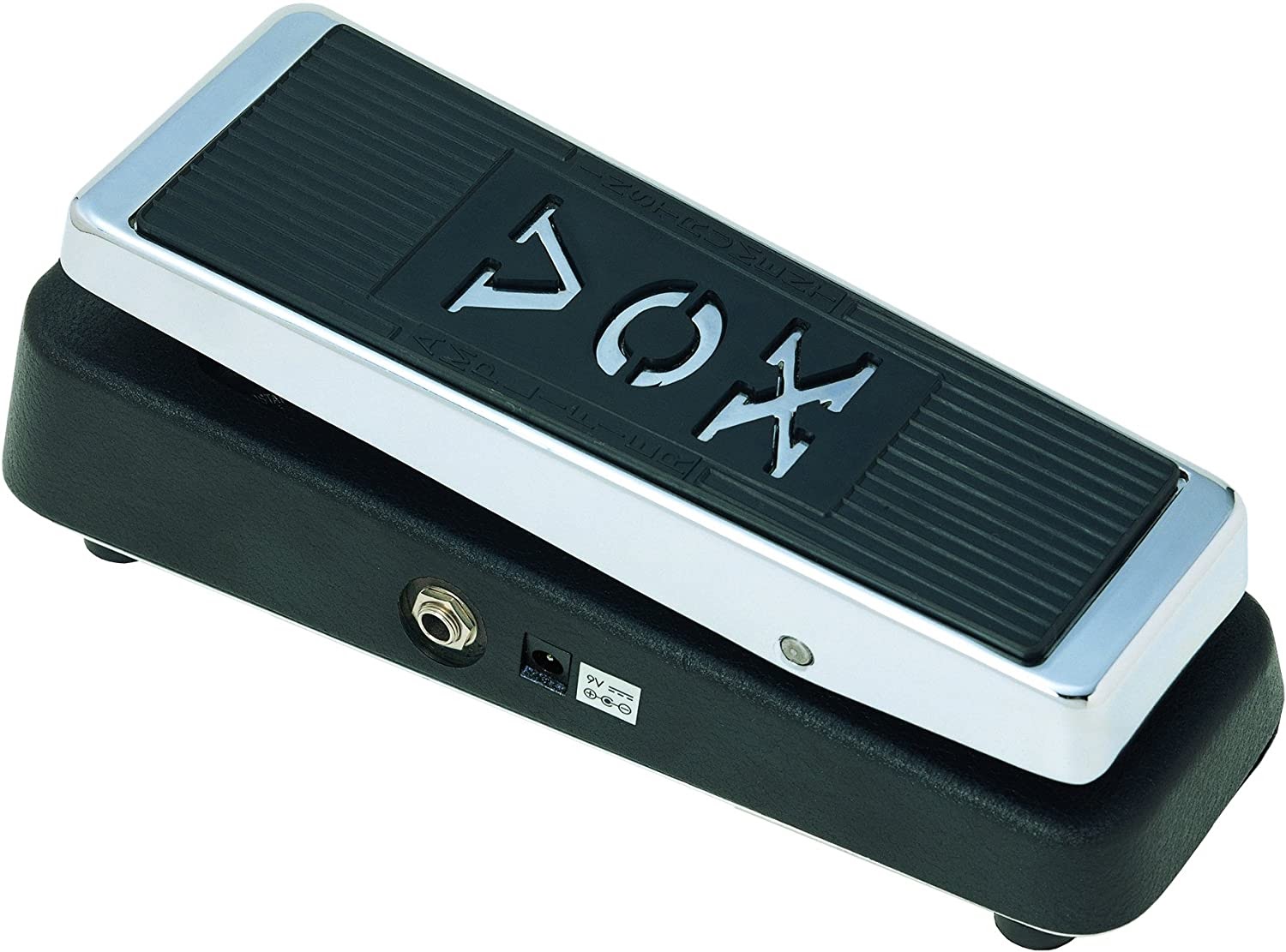 As we can tell from the first lick of “Voodoo Child”, no Jimi pedal chain can be built without first making sure we have a reliable wah pedal. Brought to prominence by Eric Clapton, who famously used a wah on “White Room”, Hendrix pushed the use of this effect to the limits of the imagination.

Jimi Hendrix usually placed his wah pedal first, meaning he liked putting his clean signal through it and sending the wah signal through everything else. This doesn’t mean he always did it this way. Jimi was so great because of the amount of experimentation he was open to, but for our purposes, the wah comes first.

He used the first Vox wah pedal designed around that time. Although you can surf the net and trade shows looking for a vintage original Vox, here are two good modern options.

In addition to natural amplifier override, Jimi relied heavily on a fuzz box to beef up and further distort his signal. He used the Dallas Arbiter Fuzz Face to add grit, muscle, and more drive to his sound. They still make them today, but there are also a plethora of great options to choose from, depending on your big brand loyalty or want for cool indie brand pedals.

One downside to the original Dallas Arbiter Fuzz Face is that it is rather large and circular. It was designed long before the modern pedal board demanded a more uniform, rectangular module from designers, so this version is sort of a sore thumb. Also it only runs on a 9V battery. Some players prefer it simply because it’s the exact thing Jimi used, and we’ve listed it here. We suggest Dunlop’s modern, smaller housing that fits much easier in your modern pedal board set-up and has battery and AC power. 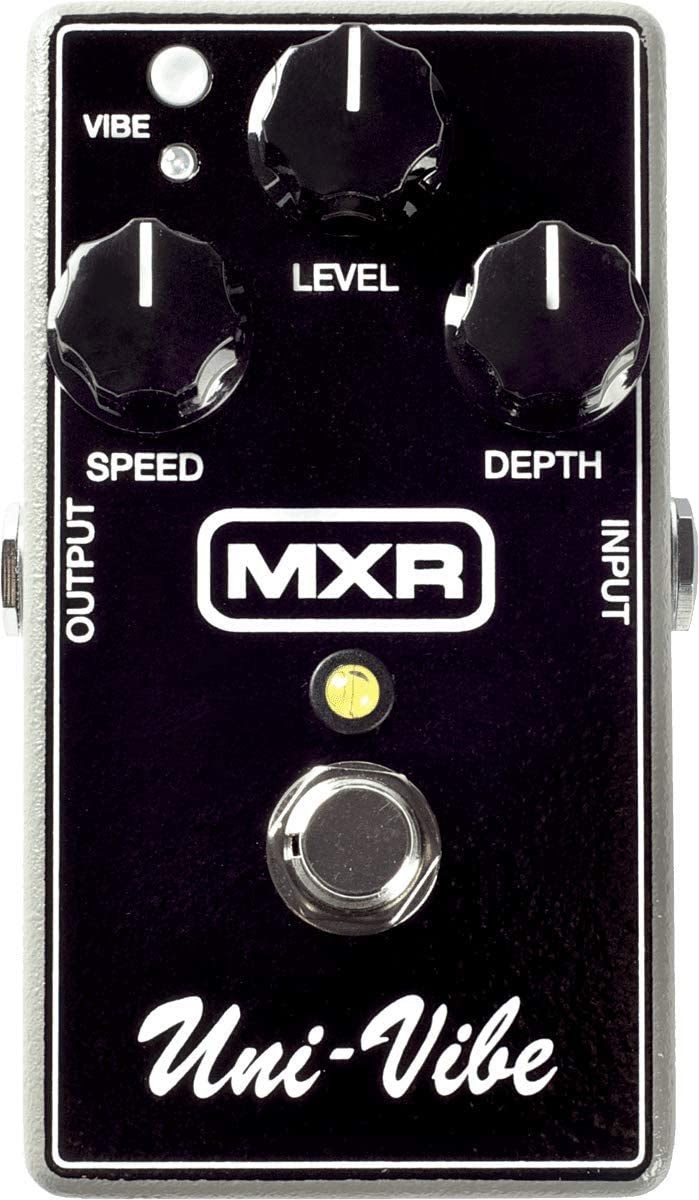 The final pedal we’ll look at is the UniVibe, which was a prototype Jimi’s sound engineer signed for him. It was created to mimic the effect a Leslie cabinet has on a B3 organ, creating a warbling, circular wobble- while also adding a bit of fuzz or chorus. The pedal doesn’t succeed in its original mission, but the sounds it did make have now become part of the electric guitar canon.

Listening to the recording of “Little Wing” or the live performance of “The Star Spangled Banner” during the Woodstock set will give you an great idea of what UniVibe is doing at the end of his most basic pedal chain. It adds a swirling, throbbing modulation to the signal and although it gets mistaken for a basic chorus or vibrato pedal, listening to a track like “Machine Gun” shows there is a slightly different flavor to the effect it produces.

The most popular modern UniVibe type pedal is currently out of stock on amazon, but here are other great options. One important feature of the original UniVibe Jimi used is the expression pedal, which looked like a volume or wah pedal, that allowed him to control the speed of the wobble in real time, live on stage. Most affordable modern models don’t have this pedal, but we’ve included a more pricey model that has the expression pedal. It’s up to you.

This article suggests you order your chain like so:

This is, of course, just a beginning suggestion based on the order of pedals from famous Jimi Hendrix sets. Play around with the order and note the changes in tone and timbre when you, say, put the wah pedal last or the Uni-Vibe second. Experimentation is key to figuring out what you like and how your version of Jimi’s tone will roll out.